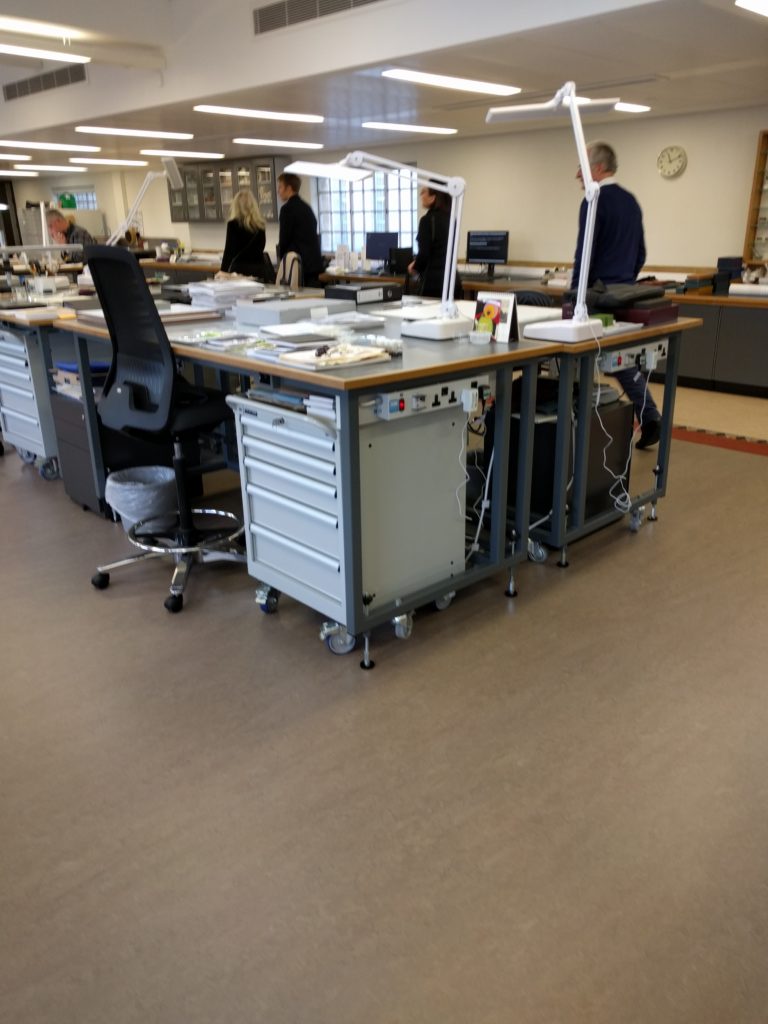 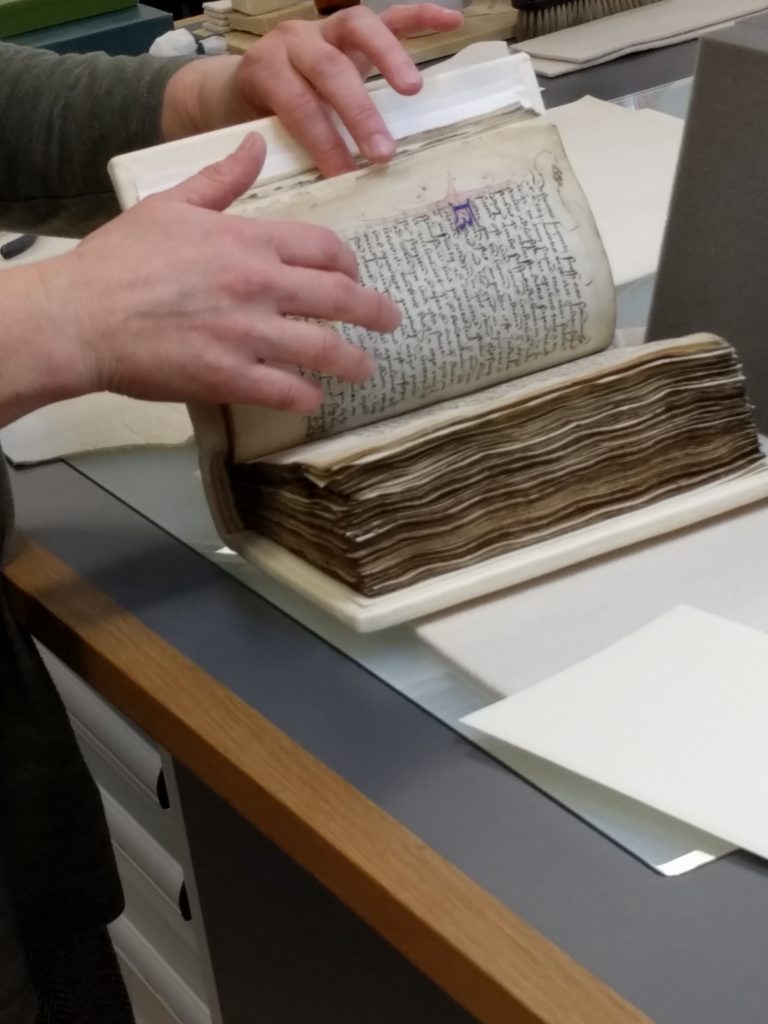 A medieval manuscript with new boards and tawed leather cover 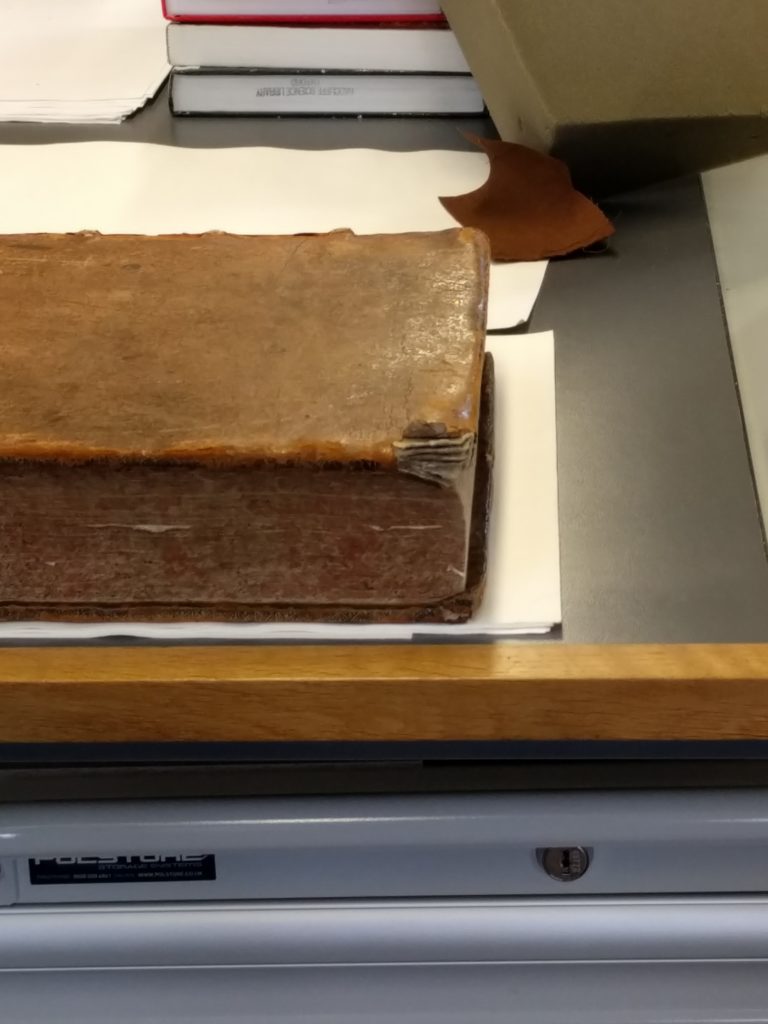 A volume in for repair 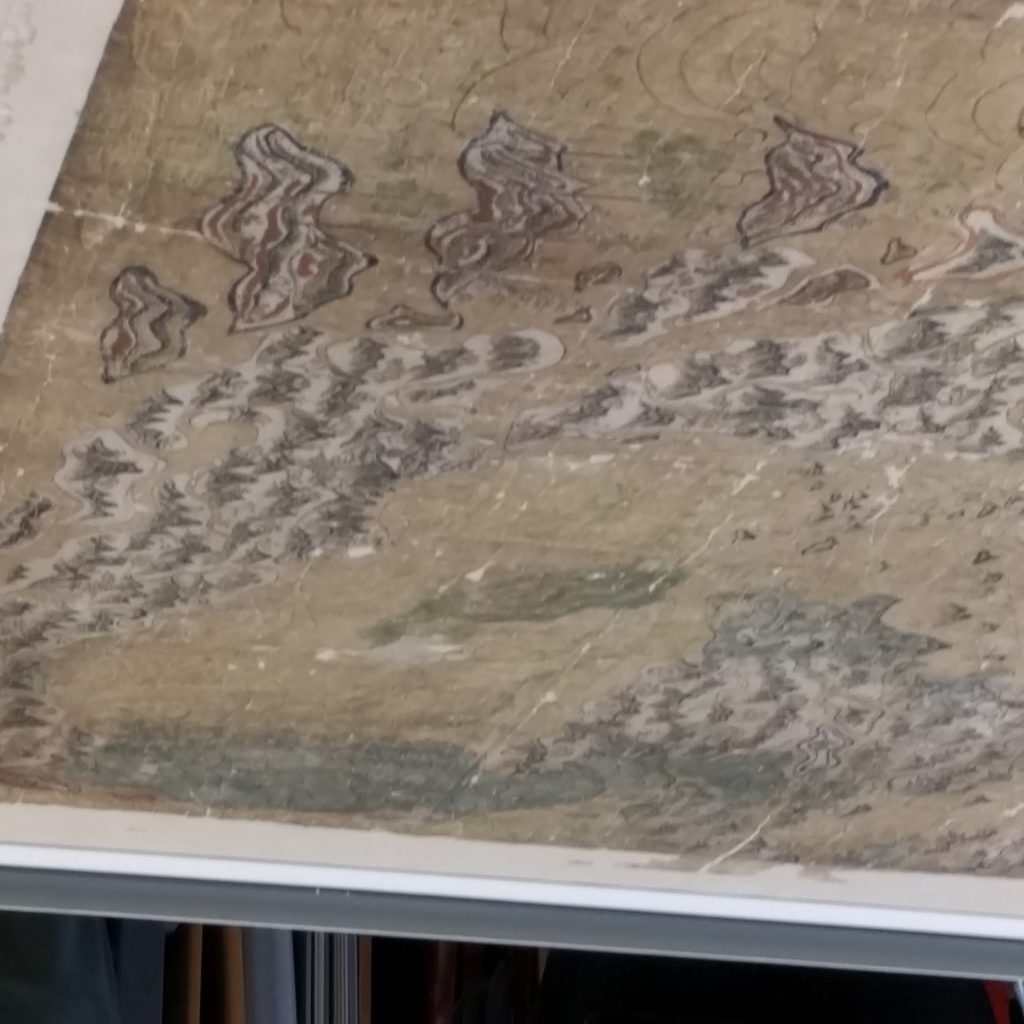 A section of the Selden Map of China 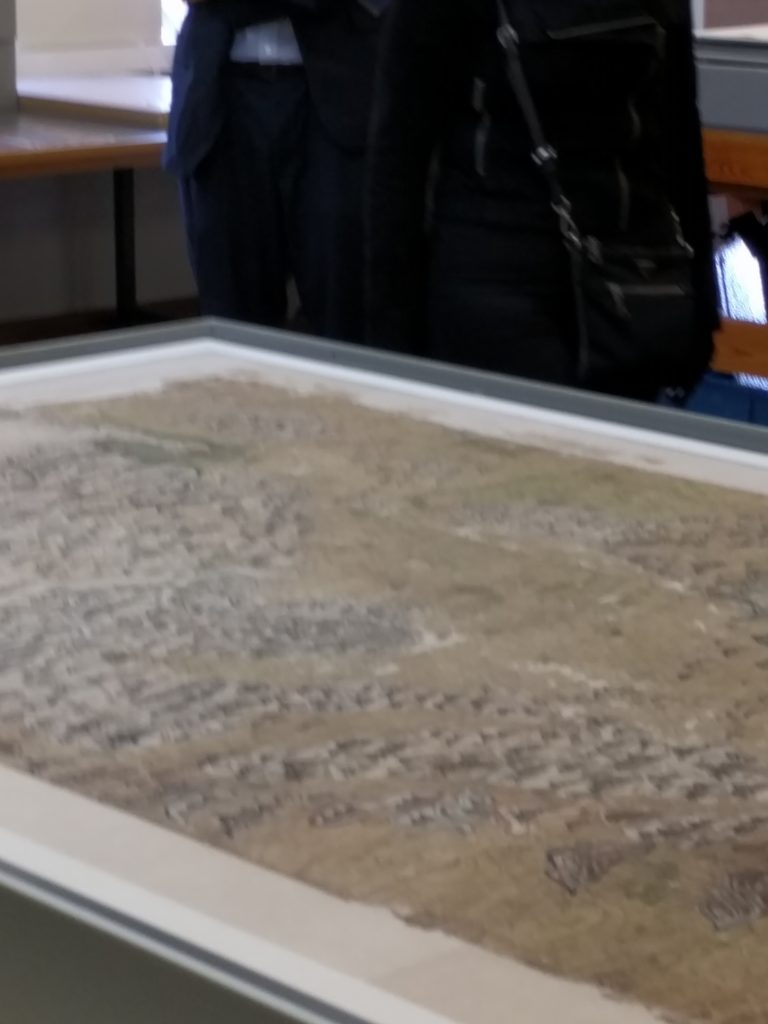 A shot of the map giving some idea of its size 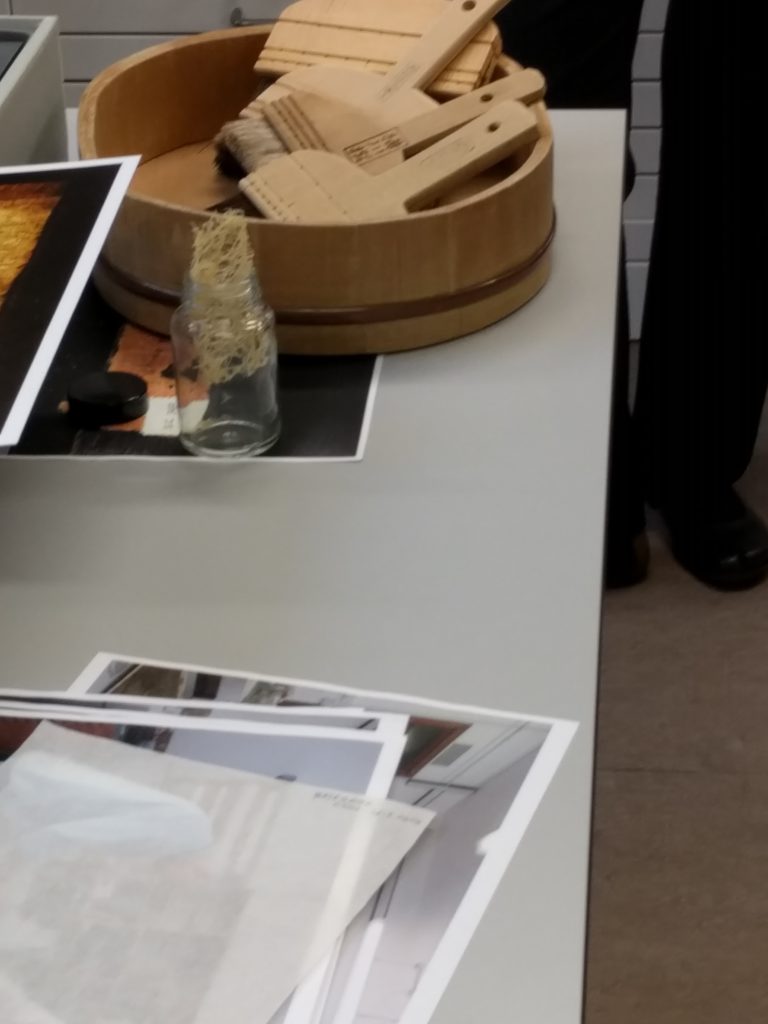 Some of the tools used in the conservation process; note the seaweed in the jar. 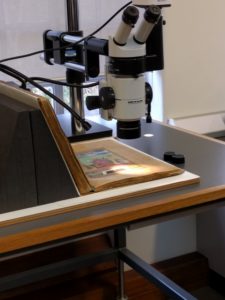 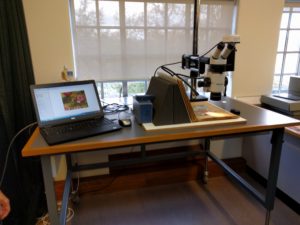