Kate is done with men. Broken-hearted after discovering how she’s been duped by her boyfriend, the unexpected legacy of a house in Falmouth is her chance to make a fresh start. But the best laid plans…

A ghostly figure, doors that lock by themselves, and a charismatic portrait that appears to have a life of its own, signal that Kate’s new home may be haunted – either that, or she’s going mad.

Then there’s her enigmatic neighbour, the broodingly handsome Tom Carbis, who seems to turn up wherever she goes. Despite a strong mutual attraction and a shared passion for Cornwall, Kate suspects that there is much more to him than he’s letting on.

The discovery of a hidden journal leads Kate to a romantic mystery from the past – a mystery with connections to Tom’s family, and one that Kate feels compelled to solve. But unravelling long-buried secrets can be dangerous, as she soon finds out.

Will Kate discover the truth about the past and find her own happy ending? Or will history repeat itself?

Get your copy here 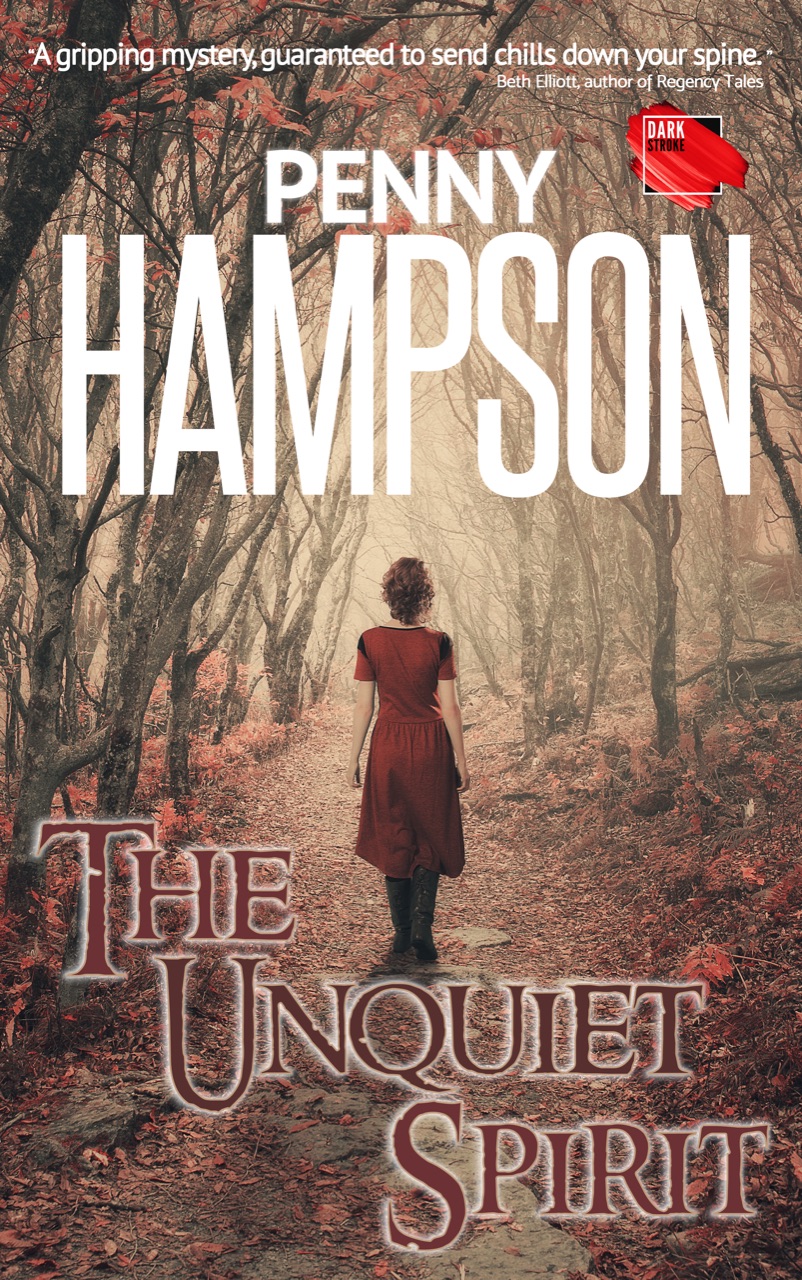 Eyes squeezed shut, Kate held her breath and strained her ears for the sound of pursuit. The thud of footsteps had stopped – only the drum-like pounding of her heart discernible above the distant hum of traffic. Seconds passed. Her lungs were about to explode. She took a breath. Nothing. No hand reached in to grab her. She counted to sixty before risking a peek over the rim of the skip. At the end of the alley a figure paced to and fro. Kate’s grip on the cold metal rim tightened. It was definitely the guy from the bar, his leather jacket and distinctive shoulder-length hair illuminated by the sodium streetlight. Kate ducked back down and considered her next move.

He can’t stay there all night. Give it a bit longer.

She counted another two minutes before raising her head again…and froze. He was still there, peering up the street and scratching his head. Thank God he had his back to her hiding place. Who’d expect a woman to duck into a dark alley, after all? As she watched, he pulled out his phone and made a call. She was too far away to hear what he said, but he seemed agitated – angry even – waving his hand to make a point. At last, he shoved the phone into his pocket, turned, and stalked from view.

Kate’s muscles lost all tension, and like a deflated balloon, she slumped down in a heap. Her heart was still hammering, but at least she had time to get control of her nerves. How she’d made it over the rim of the skip, she’d no idea – through sheer panic or her gym sessions were paying off at last. She silently thanked the person who’d dumped the mattress covering the shards of glass and builders’ rubble. Things could have been very nasty.

The evening had started so well. She’d been out for a final drink with the girls. Her official leaving party had been held a few days before and had been a much more sedate affair. Well, one couldn’t invigilate a reading room in the Bodleian Library when three sheets to the wind. This time, sore heads were definitely on the cards for several of her girlfriends tomorrow morning, though Kate herself had kept to sparkling water after her first two glasses of Pinot Grigio. She wanted to keep a clear head for the weekend. There was a lot of packing to do before Monday.

Initially, she’d thought the guy was one of the usual after-work crowd, but he’d remained apart, not speaking to any of the others lounging and joking at the bar. He leaned with one elbow on the counter, one foot hooked negligently on a bar stool, and took an occasional swig from his beer. He never took his eyes off her. Every time she looked over, he was watching… Not smiling, just staring. At first, she was flattered; he was not bad looking with his floppy long hair, chiselled features, expensive leather jacket, and close-fitting jeans. But she’d grown more uncomfortable as the evening wore on, and he made no move to engage her in conversation. Just watching. Emily had noticed too.

“You’ve got a fan,” she’d giggled, nudging Kate in the ribs and indicating with her eyes to where he stood. “He’s been staring for ages. Wonder why he doesn’t come over?”

“Me too. Probably shy. Anyway, I’m not interested. I’m off men, as you well know.” Kate pulled a face. Yes, definitely off men. Robin had seen to that, the deceitful bastard.

She’d avoided looking over at the bar for the next thirty minutes, and it was only when she stood up to leave that she realised he’d gone. It took a while to say her goodbyes. There were tearful hugs, slurred demands to stay in touch, and much giggling when Emily fell over a bar stool, laddering her tights and upsetting somebody’s pint.

After making sure her friend was all right, Kate finally made it outside and breathed a sigh

of relief. It was good to be in the cool evening air. Her relief didn’t last long. By the time she’d walked up the High and onto Cornmarket, prickles up her neck told her something was wrong. Pushing aside her uneasy feeling as just her imagination, she paused outside Gap, drawn by the window display. She glanced sideways and spotted his distinctive leather jacket and long hair hovering in a nearby shop doorway. Even though he was partly obscured by the milling passers-by crowding the pavement, she knew it was him. That’s when she’d legged it, hoping to shake him off amongst the gaggles of students heading back to halls, and the throngs of patrons pouring out of the New Theatre. Darting into the alley, knowing it was a shortcut, had been a good decision. Spotting the skip and leaping in had been inspired.

She waited another fifteen minutes for her pulse rate to settle before hauling herself back onto the cobbled pavement. Rapidly brushing the worst of the brick dust from her jeans, she set off on ungainly legs, wincing as her foot hit something slimy and she nearly toppled over. There was a taxi rank at Gloucester Green. Blow the expense, she’d get a ride home. Besides, she could afford it now, thanks to Win.

Brushing her teeth in the tiny bathroom of her Summertown flat, she squinted at her reflection in the partially steamed-up mirror over the basin. Divested of makeup, the face that gazed back was remarkably calm. Inside, she was seething. Spitting out the toothpaste and rinsing her mouth, Kate paused to think. She hated being made to feel fearful. That was why she’d taken that self-defence course. Her eyes suddenly glared back at her from the mirror, reflecting her angry thoughts. Kate gave an involuntary giggle. Perhaps she should have pulled a face like that in the bar. That would have put him off. Her mouth twisted in annoyance. There was no point in replaying things in her mind. She was off to Falmouth in two days and it was unlikely they’d cross paths a second time. It would be pointless to report it to the police…but if she saw him again she knew exactly what she would do.

Kate put her toothbrush away and headed to the bedroom, flicking the bathroom light off as she went. Her stomach gave a lurch of excitement at the sight of her half-packed suitcase, open at the foot of the bed. The move on Monday would be the start of a new life. And after this evening’s unsettling episode, there was even more reason to be grateful for this new start.

Win’s bequest had been a massive surprise. Not only the house but also a sizeable amount of money.

“You’ll need most of it for the upkeep,” her father had joked, breaking the shocked silence induced by the solicitor’s words. Funnily enough, her parents hadn’t been surprised at all by the generous bequest to their daughter.

“Well, Win always said you were the daughter she never had,” were her mum’s words. “And you are her goddaughter. She was over the moon when you decided to do history. Win always regretted not going to university, so I suppose you were living her dream.”

Still, Kate found it puzzling. Had Win lost it, in her final months? Though to be fair, the will had been signed and dated some two years before Win’s death, and she’d seemed fine the last time Kate had seen her at Christmas. Apart, that was, from the weird conversation she’d had with Win on Christmas Eve. Well, she’d soon find out. That was just one of the puzzles to be solved when she got there.

Nestled under the duvet she knew she was too wired for sleep. Frowning, she scanned the sparsely furnished bedroom. Devoid of her personal belongings, which were now piled up in the living room ready for packing, it felt bleak. She spotted what she was looking for on the bedside table and smiled. She picked the book up and ran her fingers reverentially over the

embossed spine, enjoying the feel and its faintly musty smell. Bought in a newly discovered shop on the Cowley Road, it was a first edition of Egan’s Walks through Bath. She’d been lucky to find it, on a crowded shelf almost hidden from view. It still had all its plates – that was the first thing she’d checked – stamped with a library stamp so that no-one would be inclined to remove them, but they were there all the same… making it affordable. She hadn’t been able to resist. Books were her passion, the older the better.

She settled back into the pillows and started to read. It would be great to visit Bath and see for herself how much things had changed from Egan’s descriptions. But that wasn’t looking likely in the near future. There were far too many things to be sorted before she could do anything so self-indulgent. Kate sighed. She knew she shouldn’t complain – she was a very lucky girl.

If you enjoyed this excerpt you can buy 'The Unquiet Spirit'' in these stores:

Other Books In The Series 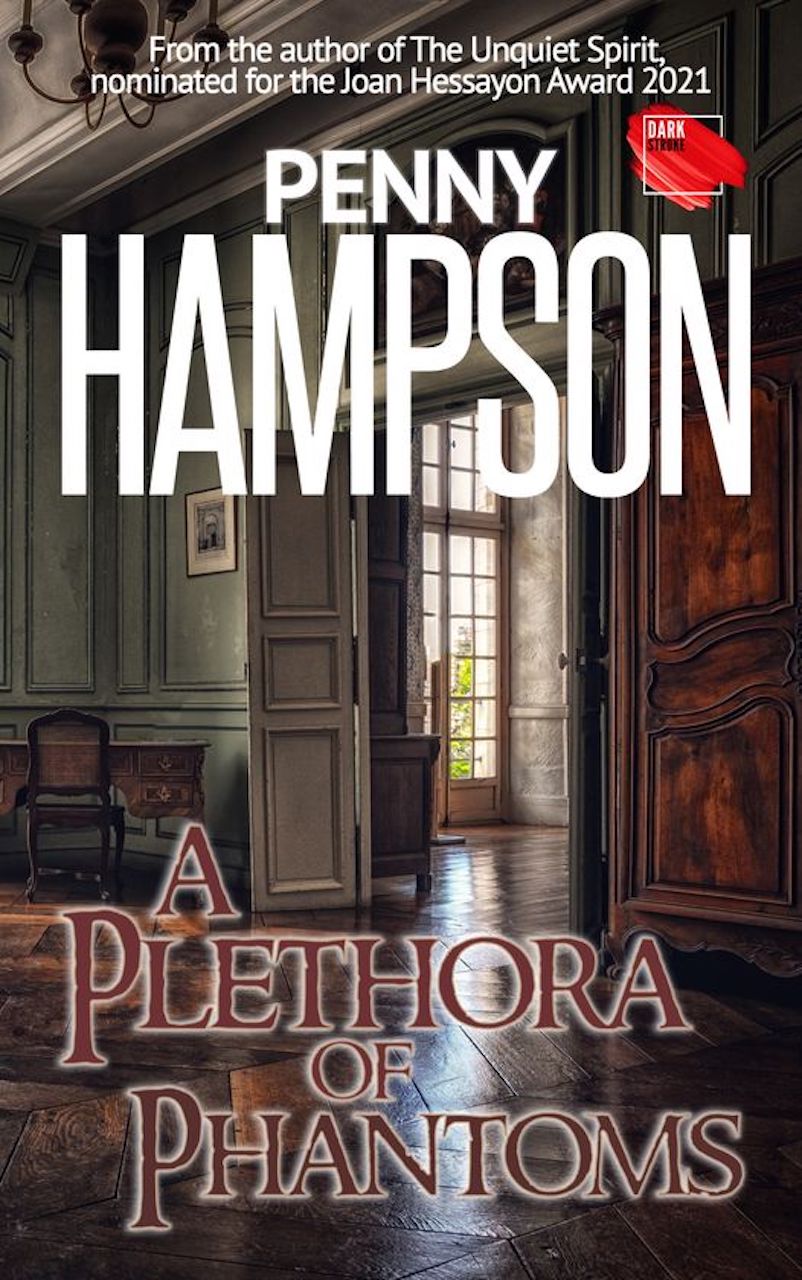 A Plethora of Phantoms

What makes Freddie shiver? Is it the spooky happenings in his family’s stately home? Or is it Marcus, the handsome antique dealer who Freddie thinks he can’t have?
Shades, Shadows, and Spectres
Book 2
%d bloggers like this: